If we take today’s paradigmatic movie, it is the war movie. It’s, for example, Spielberg’s Saving Private Ryan, where you have a representation of endless horror, meaningless slaughter and violence. Spielberg’s perspective is again that of the Last Man: that is to say, war is simply a nightmare, incomprehensible, a pathetic waste of human life. But I think that what we should not lose sight of is that there was heroism of purpose and ethical struggle in WWII and the D Day invasion, and that there are causes and ideals that are worth dying for. This, incidentally, also reflects the overwhelming trend in today’s ideological discourse to consign those who are prepared to risk their lives in the name of a certain cause or purpose to the realms of mindless fanatics.

For what would you risk everything? This is the central concern of Westerns generally – at what crucial point do you gather the courage to risk life itself?

So I think that in no way we should dismiss the Western as some kind of American ideological fundamentalism. On the contrary, I think that we need this heroic attitude more and more. In this context, what comes after deconstruction and the acceptance of radical contingency should not be a universalized ironic scepticism where whenever you commit yourself to something then you should be aware that you are never fully committing yourself – no, I think that we should rehabilitate the sense of full commitment and the courage to take risks. 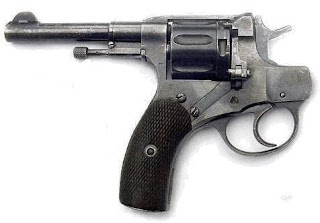