What it would be my, how to call it, spontaneous attitude towards the universe: it's a very dark one.

The first one, the first thesis would have been a kind of total vanity: there is nothing, basically - I mean it quite literally like, ultimately… ultimately there are jut some fragments, some vanishing things. If you look at the universe it’s one big void.

But then how do things emerge? Here I feel a kind of spontaneous affinity with Quantum Physics where, you know, the idea there is that universe is a void but a kind of a positively charged void and then particular things appear when the balance of the void is disturbed. And I like this idea spontaneously very much, that the fact that it’s not just nothing. Things are out there. It means something went terribly wrong, that what we call creation is a kind of a cosmic imbalance, a cosmic catastrophe. That things exist by mistake and I’m even ready to go to the end and to claim that the only way to counteract is… is to… assume the mistake and go to the end.

And we have a name for this: love. Isn’t love precisely this kind of a cosmic imbalance I was always disgusted with this kind of “I love the world”, “Universal love”, I don’t like the world, I don’t know how I… Basically I’m somewhere in between “I hate the world” or “I’m indifferent towards it”. But the whole of reality it’s just… it… it’s stupid, it’s out there, I don’t care about it.

Love for me is an extremely violent act. Love is not “I love you all”. Love means “I pick out something”… and it’s again this structure of imbalance, even if this something is just a small detail, a fragile individual person, I say “I love you more than anything else”. In this quite formal sense Love is evil.

Slavoj Žižek, as seen and heard in Turbo-Folk 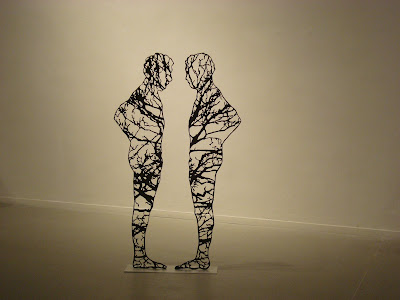