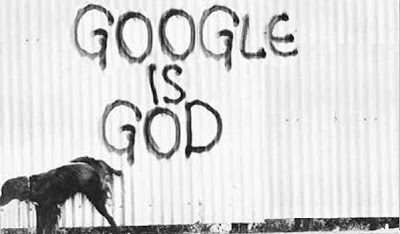 My mobile wakes me up at 10:30. Hana, the landlady, is expected at 11:00. She, and a jeek (a Jewish geek), will take us to a promised land in cyberspace called "wireless internet" since we do not want to be accused of occupying the neighbor’s non encrypted territory anymore. I decide to shower before such long awaited journey just to discover that the messiah has arrived earlier and that it is me and not her who is only covered by a holy shroud of wet Turkish material. I imagine that she was quite surprised that my shower was actually of water and not of the most commonly used Zyklon B. Pedro is now also awaken. Both of us needed a couple more of extra hours of sleep but we know that the messiah only comes once (unless Viagra is involved). The same God that yesterday was a fatherly provider laid today upon us all its wrath. The modem was not wireless, there was only one port, the Wi-Fi pen did not work, the username and password never matched, the word was in Hebrew and the word was disconnected! God must obviously be mad with Pedro (It is Adam and Eve, not Adam and Steve, I told him). He took us our promised net, he refuses to sell orthodoxic wax for Pedro's brackets in pharmacies, and he transformed the messianic Hana into an irated Antichrist raging against the Israeli Telekom machine. What a difference a day makes! Since we could not be online we decided to go out and have an intravenous dose of caffeine. After, supermarket: why, oh God why, thou only sells packages of 16 toilet paper rolls when even in the worst case scenario we would only need 5? Why, oh God why, thou puts at the hummus desk an human being resulting of a clash between a figure skating reject from 1980 winter Olympics and a Miami Sound Machine groupie whose nails grew wider as they grew further away from the tips of her fingers. Father is giving us the trials of Job and we are blown by them! Still, we are coming closer to the origins of the conflict: it seems that some think dippers are for the ass and other think they are for the head. That cannot workout good and also makes global marketing campaigns very difficult to conceive. Back home I collapse in the couch rocked by the "Death Poets Society" soundtrack that Israeli TV offers me as a mediatic pillow. Pedro decides to embody the melting of the poles and cry me a river while listening to a certain 1980's Eurovision song and thinking about Danny de Vito's interpretation in Tim Burton's Batman. We end the day in bliss since God likes us after all and gave Google back to our fingertips and hearts. Eternity takes its time! Even for Calvin Klein!
Publicada por catarina campino