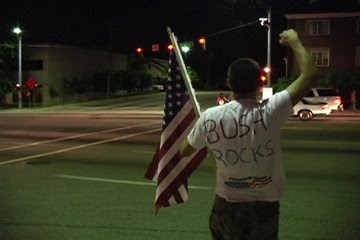 YOU WANT TO KNOW HOW to start some #!@%? Ask Dixie Chicks singer, Natalie Maines. Her infamous one-liner attacking the President ignited a fire-storm of controversy, enraging their fan base, inspiring a nationwide corporate ban of their music, and ultimately turning country music into one long episode of professional wrestling. In Christopher Fleeger's funny, and frequently ominous film, PROTESTING THE DIXIE CHICKS, country music fans reveal their quirky conceptions of freedom and patriotism, as well as the anger and violence which accompany the impulse to defend them. Here, we discover a distinctive American discourse on discourse itself. When and where is criticism acceptable? And by whom? If you think you've heard it all before, you've never been to a Dixie Chicks concert.
Publicada por Unknown