"Israelis must find a way to detach their nation from their story, and live in the here and now; oterwise the Third Temple may go the way of the other two. This was always the danger of turning the Book back into a temple, even if the Zionists did not realize it. The concept of Israel had, in a sense, been hermetically sealed, stored in a shrink-wrap for two thousand years, where it was pickled and preserved and remained pristine. Now the Jews have returned their holy idea to the street, where, as is happening with the Hebrew language, it has been barbarized and filled with slang. In the long run of generations, this will mean a language that is filled with Hebrew but is not exactly Hebrew - not in the old sense - and a state that is filled with Jews but is not exactly Jewish. (You can't really have a Jewish democracy anyway). " 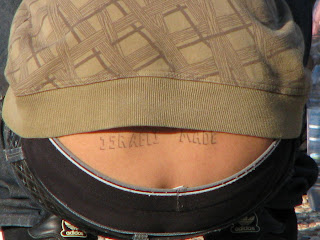